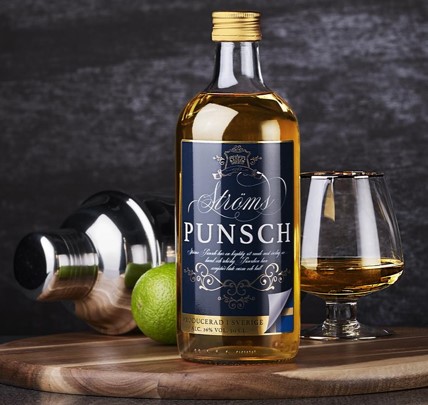 Description
A classic Swedish liqueur that carries the flavour notes of arrack, orange and vanilla.

Tasting notes
Ströms Punsch has a spicy, sweet taste with a hint of cinnamon and whiskey.

History
Punsch is made by the mixing of spirits with arrak tea and was first brought to Sweden from Java in 1733. It quickly became popular through all levels of society and later became a national drink with poets and composers writing songs about it in the 18th century.

Serving suggestion
Can be enjoyed both hot and cold, as a digestif or with a mixer. Try it over ice with Ginger Ale and lime juice, garnished with a lime wedge.